Watch the Sunset From Cave Rock

laurenhlv
posted on 6 months ago — updated on 1 second ago
150
views
Cave Rock is one of the most popular lookout points on Lake Tahoe. 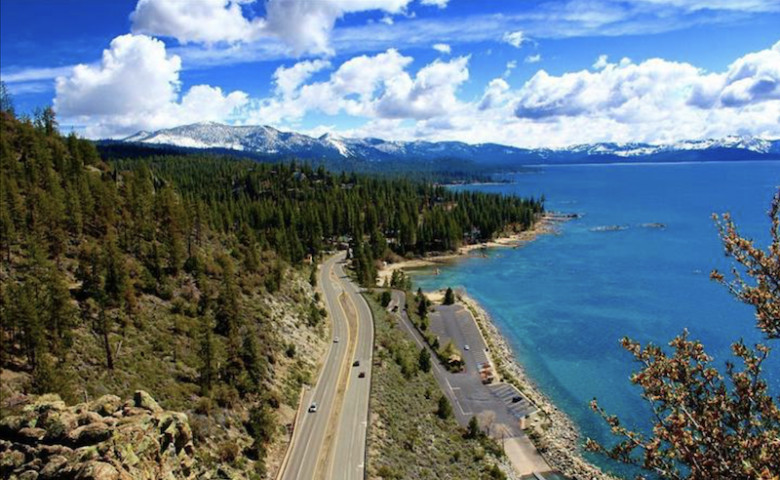 It’s a short and fairly easy hike up to Cave Rock, which is one of the most popular lookout points on Lake Tahoe. It’s also a great spot to watch the sunrise or sunset.

Cave Rock can easily be spotted on the southeastern shore of Lake Tahoe. It can also be seen along Highway 50, with a tunnel running through it.

It used to be part of a volcano and has several caves carved out of it. This is also an important landmark to the Washoe Indian Tribe, as it was once used for religious ceremonies. They called it the “Lady of The Lake” because, from the ground and water, the rock looks like a woman watching over the lake.

To get up to the base of Cave Rock it’s about a 15-minute hike. To get to the very top, you’ll have to climb up a steeper area. Either way, you’ll be able to enjoy the view that looks out over the lake as it goes on for miles.

The trailhead is located on Highway 50 towards Nevada, past Zephyr Cove, and before a tunnel, there’s a road on the right, Cave Rock Drive. 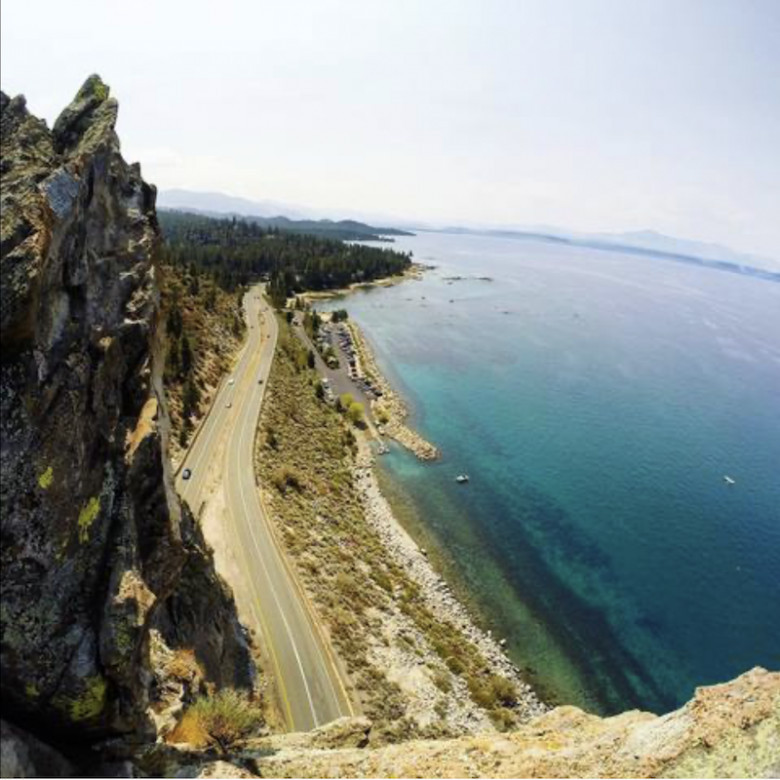