
Copyright © 2023 Just Tahoe. All rights reserved.

Check Out One Of The Biggest Golf Tournaments in the Country
Outdoors Features Hotels News

Check Out One Of The Biggest Golf Tournaments in the Country

laurenhlv
posted on 8 months ago — updated on 1 second ago
12,370
views
The American Century Golf Championship in Tahoe is a week-long tournament full of athletes and celebrities. 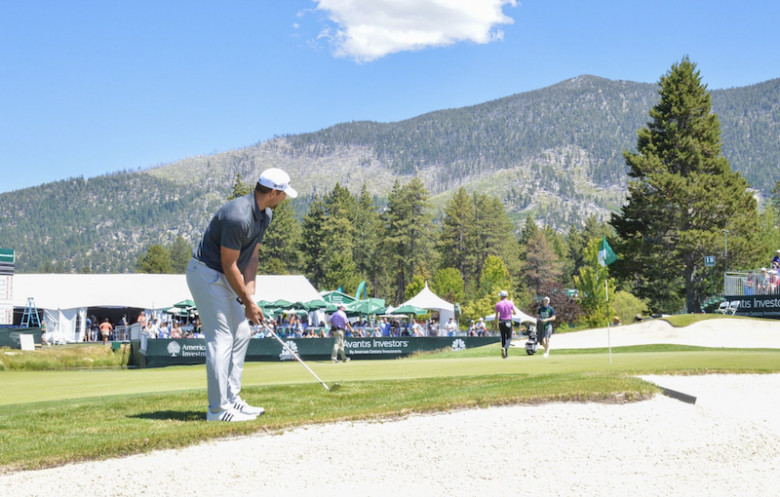 The American Century Golf Championship at Edgewood Tahoe Golf Course is an annual week-long tournament of some of the biggest athletes and celebrities competing in a friendly competition. This is the largest celebrity golf tournament in the country, with $600,000 for charity on the line.

The 2022 American Century Championship starts on Wednesday, July 6, and continues through Sunday, July 10.

Watch over 80 professional athletes, musicians, comedians, and actors participate. The lineup of players this year includes Justin Timberlake, Aaron Rodgers, WWE’s The Miz, Miles Teller, Michael Strahan, SNL’s Colin Jost, Rob Riggle, Anthony Anderson, and Derek Carr. And those are just a few of the players. It’s sure to be a star-studded week!

The tournament will be broadcast on the NBC Sports app, NBC Golf Channel, and NBC Friday through Sunday.

Edgewood Tahoe Resort and Golf Course is located on the Nevada side of Stateline in South Lake Tahoe at 180 Lake Pkwy, Stateline, NV 89449.